You are here: Home / Reviews / Gaydar 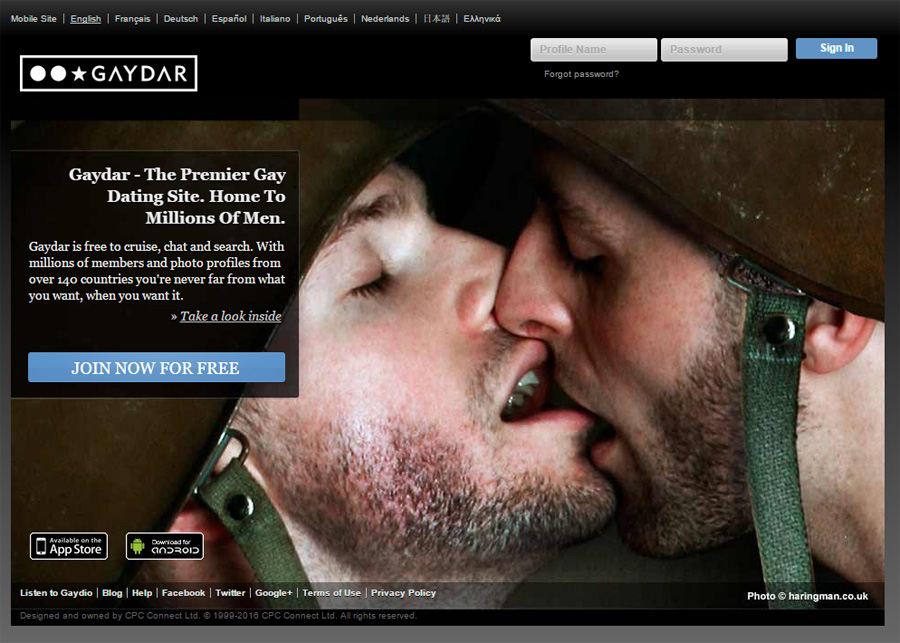 Gaydar is both a dating and community website that is owned by gay men and built for them. A pioneer in the gay dating sites, ever since it’s launched in the UK it has gained a huge international following with over 6 million gay members.

Gaydar.net has a ‘Gaydio’ a radio programming that’s specially for the UK. Those who are interested in listening in just have to key in their UK-based postcode to get the specialised programming. This is something that is unique to this website, and means that the makers behind it are truly looking to reach out and bond the gay community at large rather than just get money through subscriptions.

With a large member base, many fantastic features and a relatively reasonable cost, Gaydar.net is a good website for those looking for ‘on-demand’ gay friends.
Gaydar also includesGaydar Radio for entertainment while you browse. Students 18-23 get free unlimited access.

Online dating is more popular than ever, with dating sites and dating apps popping up almost on weekly basis. It’s fast over taking every other form of match making. Online dating has become the number one choice as a medium to look for potential partners.Dating site reviews is your guide to the world’s most popular online dating websites and services.